The Mansions of Limbo 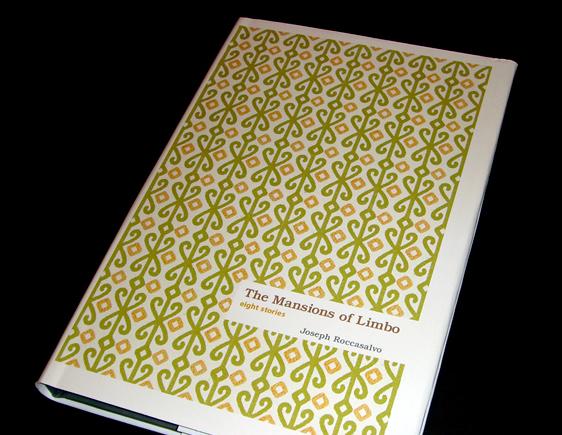 This is a collection of stories about people who are almost happy.  they are stuck in a kind of beatitude that doesn't beatify.  Doomed to pursue happiness in marginal places, they find bliss doled out in measured amounts. Seeking satisfaction in a shifting world, they live lives of quiet desperation: an oriental scholar sexually smitten by a Japanese goldfish; a classics professor pursuing a student whose profile on a Roman coin matches his dead son's image; identical twins whose loss of their brothers draws them together through an obituary; a pope whose heart transplant has him making strange, post-operative choices; a theologian whose wit earns him excommunication; an Abyssinian cat who passes for a Coptic Christian. Each story's premise begins implausibly, then proves arguable till the conclusion is incontestable. The characters may be stuck but "better a mansion in limbo," they argue "than a tenement in heaven." By refusing to say what's bad or good, the last story makes chance decide the outcome. It suggests that we all struggle with divided lives, engaging on earth in shuttle diplomacy between limbo and heaven.

"Among colleagues and friends, he's no longer addressed as Pope Innocent. He uses his baptismal name. He's stopped wearing the cassock. Instead, he dresses in black polo, white pants, and white bucks. Only for audiences does he change into clerics. His white jacket has a patch with the papal crest over the pocket. He wore this to a dinner party to which he invited a famous film star. No doubt you've seen her face in the papers and the limerick she inspired:

From the newsstands of Seoul, South Korea To the kiosks of sultry Bahia, The words in block print Make eyes dilate and squint:
AN INNOCENT DINES WITH SOPHIA.

"I tell you, Pizarro-Hals, his actions are out of character. You recall how predictable he was. He's now a mystery. We don't know what to expect.""Has anyone asked him what he thinks he's doing?""As secretary of state, I had to. When the story broke about his dinner party, I approached him with pictures."'Holiness,' I said, 'have you seen these?'" He looked at them, then clapped his hands like a child."'Holiness,' I pressed him, 'what is your opinion?'"'Cool, 'he replied."'Cool?' I said, thrown by the word, for the recent heat wave has been anything but cool."'It's fun hanging out.'"'Hanging out?' I repeated, straining for an equivalent. "'Holiness, you can't hang out. It may be cool. But in bars and trattorias? It isn't done.'"'Does scripture forbid it?'"'No.'"'Does canon law prohibit it?'"'No.'"'Then what's the problem?' "'It's inappropriate behavior.'"'No more than Jesus's dining with tax collectors or speaking to Samaraitans.'"'But we've traveled a distance from there.'"'Then we shall have to double back.'