Fire in a Windless Place 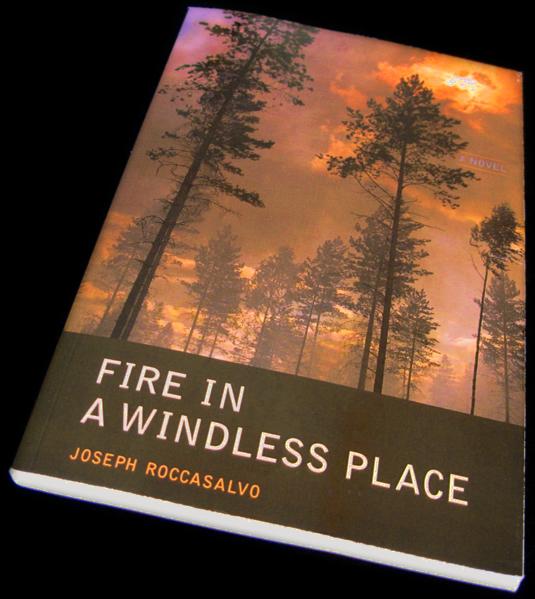 Dr. David McCauley, professor of psychiatry at Harvard Medical, revisits Thailand to study Buddhist forms of meditation in which all mental conflicts cease. While in Bangkok, he meets again his former lover Maia, the beguiling Eurasian choreographer; his rival for her affection, the wealthy Giles Corbett; his estranged monastic son, Alex. Complicating the scene are David's visiting fiancee, Helena; Stefano, a Jesuit slum priest and doctor; Maia's ex-lover, Andrew. The Thai scenario is gorgeous, the characters richly complex and just as dubious. Like the sultry climate, they are all in varying degrees "in heat". Stefano alone knows how to pull in his fires and be literally cool. His is the one-pointed flame that burns in the absence of wind.

The supreme patriarch was late for the appointment. Dr. David McCauley had arrived at the temple compound only to be kept waiting an hour in the hall of visitors. Sitting shoeless on the polished teak floor was not his idea of a serious posture or a dignified place from which to interview. But he did what protocol required. The thought occurred that his socks, moist from humidity, and his clammy apprehensions might fill the air with a disagreeable odor. Fragrant and in full bloom, the garden dispelled his fear.

Late? Only by his Bostonian clock. He was lucky to find the somdet home at all. In an English stilted by Thai, the patriarch's secretary informed him that the venerable one visited building sites on Tuesdays, for his blessings were famous for driving off tenacious ghosts. Today was unusual, an unscheduled afternoon, when the abbot saw Westerners interested in the finer points of Buddhism. Since David had phoned from his room at the Oriental Hotel a week earlier, he was first on the appointment list. His Harvard background and Bangkok address may have had something to do with the priority he enjoyed. It did not extend to punctuality.

While waiting, he examined the room. It seemed like most of the spaces he observed in middle-class households where Western and Thai furniture stood congenially side by side. But here were touches that made the room distinctive. Next to a vase filled with lotus shoots was a photo of the reigning king. In the robe of a monk, with head shaven, he squatted on the ground unceremoniously. His sunglasses made him look like a film star intent on being inconspicuous. The photo reinforced what David knew: this was a royal wat, celebrated for the discipline of the monks and its ties with the Chakri dynasty. To this wat, kings and princes came to take the ochre robe in Buddhist baptism or spend some time in monastic seclusion.